In this section we present our wide range of power belts and V-belts.

» Further information about power belts and V-belts can be found below the products. 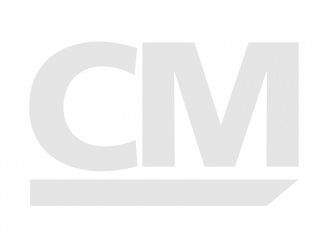 You do not have a login? Please contact us.

Power belts consist of several V-belts, which are connected by a resistant back cover. The individual belts of the power belt are of equal length and cannot stretch differently. Their bond prevents the belts from twisting sideways or jumping out of the pulley. A power belt is characterised in particular by its even and very stable power transmission and compensates for vibrations and oscillations. For this reason, power belts are often used in drives with particularly high impulse or impact loads.

Wrapped V-belts include both classic V-belts and narrow V-belts. Both types of belts are non-positive trapezoidal drive belts made of neoprene, provided with textile coating and polyester tension member, whose power is transmitted in the flanks.
Narrow V-belts are slightly narrower, but transmit more power via the flanks because they are higher than classic V-belts. They are mainly used in mechanical engineering.

Do you have questions about our power belts and V-belts?

If you have difficulty finding the right power belt or V-belt for your shredder, please do not hesitate to contact us. We will assist you in finding the best spare parts for your application.

And if beyond that you would like to find out, whether and how the service life and durability of your machines can be extended, please get in touch. We will be happy to advise you!

How you benefit from Spare parts by CUTMETALL

CUTMETALL products: More than a spare part! Tuning for your machine!

Our spare parts and wear parts are not original equipment manufacturer items (original parts of the machine manufacturers) but rather process-optimized CUTMETALL own brands: A perfect fit. Durable. Economical.

CUTMETALL - partner, problem solver, and process optimizer for the recycling and shredding industries.

We are there for you!